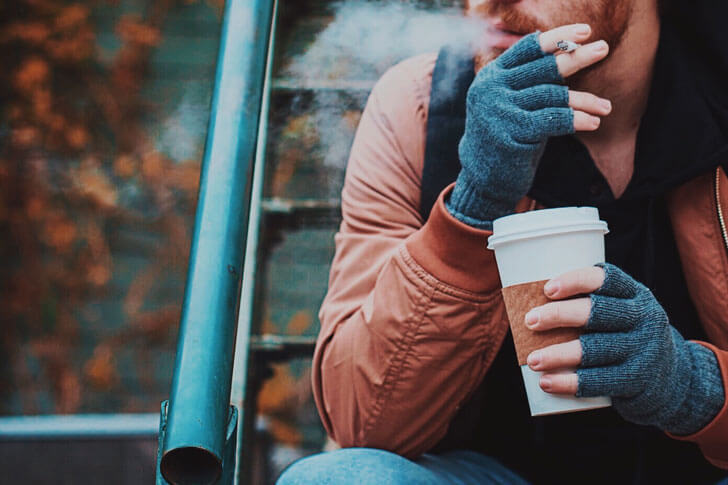 What are Your Unhealthy Habits Costing You?

Home | What are Your Unhealthy Habits Costing You?
169 shares 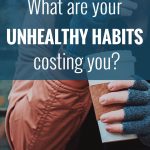 Inside: Unhealthy habits hit your wallet as much as your health. Find out how much money you could save by cutting those bad habits.

Everyone does it. Everyone has one.

That pack of cigarettes, nights out with the girls, and no time to cook so you’ll just pick up a pizza. Again.

You know you need to stop. Or at least cut back. But why? How does it really affect you?

What if you figured out your habits are not only damaging your health, but are keeping you from affording a vacation or even saving for retirement? What if cutting back on those habits or even getting rid of them allowed you to use that money to travel abroad, buy a car, or retire early? Would you do it?

Gone are the days when it seemed like everyone smoked and going out meant you would come back from the club reeking of cigarettes, even if you didn’t actually smoke. Smoking is still the number one killer in the US, even with all the new regulations and smoke-free zones.

Smoking leads to many health problems such as lung cancer, emphysema, COPD (chronic obstructive pulmonary disease), and increases your risk of stroke and coronary heart disease.

Not only is smoking unhealthy, it is a very expensive habit. According to Tobacco Free Kids, the average price of a pack of cigarettes is currently $6.16. This means a pack-a-week habit costs you over $320 a year and a pack-a-day habit costs you about $2,248 per year. But that is just the beginning. The low estimate on health costs and losses in productivity due to smoking is estimated at $19.16 per pack.

Not only that but if you smoke in your home, it could sell for less money than if you were a non-smoker. Why? It takes a lot of work to get rid of the cigarette smell – often requiring all new paint, curtains, and carpet.

Many of us enjoy the occasional bottle of beer, cocktail, or glass of wine. How about a beer at the ball game? After work drinks? Going out with friends for the night.

As enjoyable as it is, drinking even a moderate amount can lighten your wallet. And if you drink a lot? Not only are you poorer for it, there is little doubt heavy drinking causes liver damage and other health issues.

How much does drinking cost? Let’s say you go out over the course of a week and buy a total of 5 drinks, with an average price of $5 each. That comes to about $1,300 per year. You can, of course, save money by drinking less and not drinking at bars and restaurants as often. Personally, I prefer to buy the occasional bottle of wine to sip at home and sometimes share a 6-pack to enjoy with some good barbecue.

Do you like to have a daily soda or sweetened coffee? You are not alone. The average American drinks about 50 gallons of sugary drinks a year. For each additional sweetened drink, your risk of obesity increases 1.6% and your chances of developing type 2 diabetes increases by up to 80 percent. All the sugary goodness is also linked to gout, heart disease, kidney disease, and tooth decay. Ugh. When the professionals talk about sweetened drinks, that includes soda, lemonade, fruit juice, energy drinks, sports drinks and even the double caramel macchiato at the coffee shop.

If you think of those 50 gallons in terms of 20-ounce bottles of soda at $1.50 each, those 50 gallons of drink translates to spending $480 each year on, essentially, sugar water. If you are buying $5 fancy sugared-up coffees for that 50 gallons, that comes to $1,600.

Why not save yourself money and trips to the doctor by drinking unsweetened coffee, tea or even (gasp) water.

You have heard it before: the obesity rate in the US is high and getting higher. Cheap fast food, unhealthy packaged foods at the grocery store, and inflated serving sizes are all contributors to our poor eating habits. And late-night munchies (raises hand)? Yup. That is part of the problem as well. These bad eating habits are a primary cause of obesity.

Poor food choices don’t just make you have to go out and buy a bigger pair of jeans. According to the CDC, health conditions related to obesity include

Expenses directly related to obesity include having to pay higher life and health insurance premiums and increased medical expenses. Food and clothing cost more. And at work, you may lose wages and have lower productivity as a result of being out for medical issues.

In 2010, a George Washington University study estimated that the annual cost of being obese in the US was $2,646 for men and $4,879 for women. Even “just” being overweight can cost you more. Being overweight costs a man an estimated $524/year and $432/year for women. Given inflation and increased health care costs, the figures are most likely even higher now.

Rather than grabbing take-out, make some nice, nutritious meals at home. A slow cooker and freezer meals are great ways to make weeknight meals easier, cheaper, and healthier at the same time.

Of course, there is nothing wrong with enjoying things in moderation. Set aside money in your budget for the occasional bottle of wine and birthday cake. Buying some exercise equipment, a gym membership or a fitness video (and using it) to stay fit will save you money in the long run with reduced insurance premiums and lower healthcare expenses.

What are your vices? Do you think they are unhealthy? Do you plan to make any changes?

How to Start Investing With Only $100 (or less)
Next Post: 9 Simple Ways to Boost Your Savings