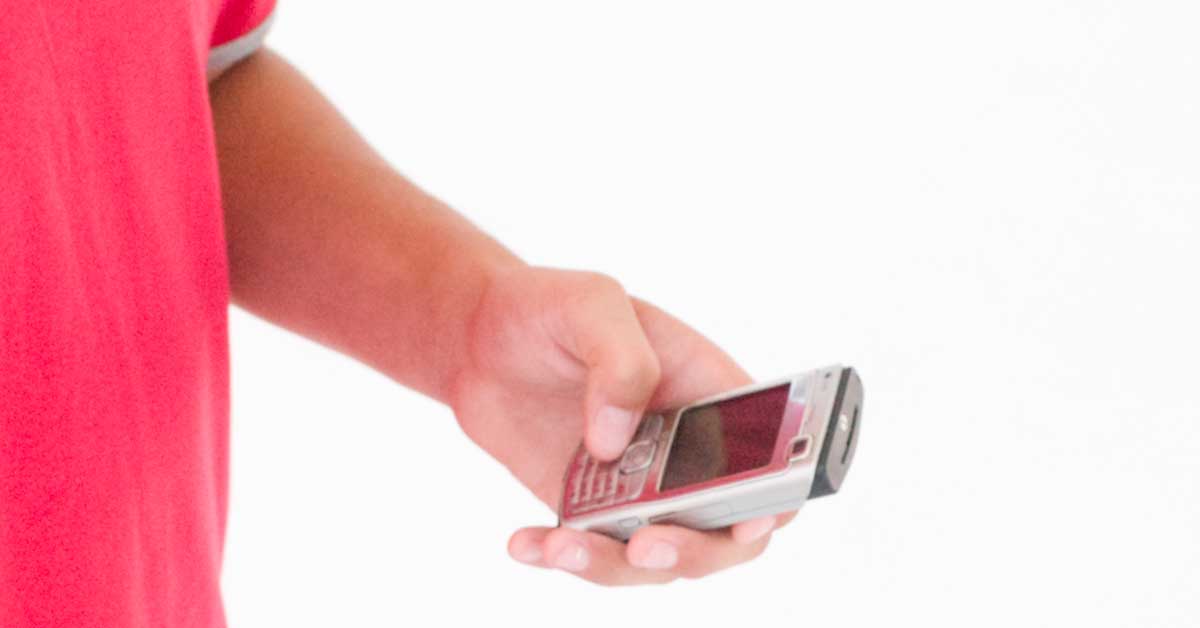 How Having a Phone Helps My Child Manage Money 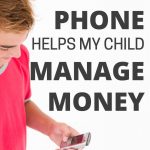 Inside: Find out how having a cell phone can help your child learn to manage money.

It started in grade school.  My son came home and said some of his friends had iPhones. They apparently needed them to call their parents, but usually play games on them. Oh, and could he get one?

The kids at school are completely welcome to walk to the school office and call their parents. The school secretary is really nice about that. And can you imagine paying at least $30 a month for your 10-year-old to have a $700 smartphone that will likely get lost or broken?

Ok. Maybe it’s a hand-me-down phone. Maybe they got a killer deal on a phone plan or it is set up to not even be used as a phone but more for games and messaging. Fine. Combine all those, it makes more sense.

And yet, the fact that some of these friends had iPhones gave my son a case of the gimmies. For two years we listened to his pleas for a smartphone. We spoke with other parents. Most were (thankfully) of a similar mind that grade school kids don’t need a smartphone. Phew!

However, those with older kids did say they gave in when the kids went to middle school. Their argument was that the kids needed to be able to contact them if the bus didn’t show (our grade school didn’t bus, so wasn’t an issue then), needed to stay after school or some other emergency. Also, at that age kids are roaming about on their own more often.

Those reasons started to make a bit of sense.

But we still didn’t buy our son a smartphone.

What we did do is get him an inexpensive prepaid flip phone (Tracfone) with a 60-minute card as a birthday gift before middle school started.

How we decided a phone could help money management skills

Why did we get the phone? We decided that the phone would be something he would have to be responsible for. If he lost or broke it, it wouldn’t be a huge loss. Our son would be able to call us when needed and we could call or text him when he was out. He’d get a taste of what managing a mobile was like and wouldn’t be distracted by games or apps. Flip phones, especially $15 ones, aren’t conducive to game play, thankfully.

Having a phone teaches responsibility

If you have a cell phone, you need to keep track of it, take care of it and keep it charged. Basically, you need to be responsible for it.

Then he lost it.

Those with teenagers (or any child) probably aren’t surprised by this. He came home from school one day saying he lost his phone. After a week or two of checking the house and checking the school lost-and-found, we gave up.  It was gone.

Then he got lucky.

No, we didn’t find his phone. We did go to Fred Meyer to see what they had for Tracfones. There, in a bin, were a few phones on clearance for $4.99. Yep, for a whopping $5 my son was able to buy a replacement phone and the reviews for that model actually weren’t bad.

We then called Tracfone to get the phone number moved to the new phone. They even applied his unused minutes to the new phone (not expected, given their terms). So, my son lucked out again.

It has now been almost 2 years since he had to replace his phone and he is good about keeping it charged.

Learning to save money

When you have a cell phone, you need to pay to use it, whether it is prepaid or not. That means planning ahead so you have money saved to pay the bill or buy more minutes.

Our son is not the best with money. When we gave him the phone, we told him how much he would need to save to buy more minutes and suggested how much of his allowance he needed to set aside each week.

And he actually did it! Each week he would put some of his allowance into an envelope designated for a new phone card. When his minutes were low or nearing expiration, he’d give us the money for additional minutes. In return, we’d scope out codes to extend his minutes. Often, he’d give us money for a 60-minute card, his phone automatically doubles those minutes, and then we would find a code to add an extra 20-60 minutes.

At first, he was texting and talking a lot, so almost all his allowance would go towards phone cards because his minutes ran out quickly. Then, when he realized this, he cut back. No more emoji-only texting sessions with his friends (because that is what kids do).

After a while, he would only be getting a new phone card because his minutes were about to expire rather than them being used up. Having a phone has taught our son how to save consistently for something.

Related post: Teach Your Child How to Save Money

When buying a phone, you need to decide what you want to use it for and what will give you what you need for the best price.

Initially, our son was disappointed that he didn’t have a cool, expensive, smartphone.

After he lost his first “cheap” phone, he was rather glad he hadn’t lost a more expensive one. And honestly, as often as he drops his phone, it probably would have broken anyhow. Because we limited options to a flip or bar phone, it wasn’t a huge strain for him to buy a replacement.

He also noted that his friends were having to charge their phones every night or that they’d even run low by the time school was out for the day. On the other hand, his flip phone only needed charging about once a week. Sweet.

Now when we suggest upgrading him to a budget smartphone for high school, he is actually saying “no.” Why? He likes not having to charge the phone very often. Not worrying about dropping and busting a more expensive phone appeals to him. He likes not having to pay a higher monthly fee. And he claims he likes not getting distracted with apps and games (not sure I believe that one).

We are fine with that. Also, it is wise on his part given his modest allowance.

Should your child get a phone?

Having a phone has been a good way to help teach our son to be a bit more responsible and he’s learned to manage his money a little bit better.

Would this work for your family? Each family and child are different. For us, this was a good balance between giving him a gift he wanted as well as it providing some valuable lessons without much risk.

Does your child have a cell phone? Do they pay for it?

How to Afford Kids’ Activities on a Budget
Next Post: Too Busy to Worry About Saving for Retirement? Let a “Good Enough” Mindset Get You Started.