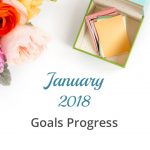 Inside: See how goals progressed in January.

January has flown by, which means February will likely be the same! School activities are starting to pick up again and we’ll even be registering our oldest for high school next week.

On the blog this year I’ll be trying something a bit different. As this is a blog about family finance, I thought it would only be fair to give some updates on our own finances and goals.

My primary health goal for this year is to lose a bit of weight. I have been working out two to three times a week including reintroducing a HIIT workout once a week. Have I lost weight yet? I’m not sure. Maybe?

My weight fluctuates about 3 pounds depending on the day and time. Thus far, the fluctuation has been in the downward direction. The waist measurement has held steady, though (darn it).

Whether he knows it or not, my son is helping motivate me to workout. This year he doesn’t have PE class and has stopped going to his martial arts class. So, we told him it’s either swimming, track, back to martial arts class, or we give him workouts.

Amazingly, he opted to have me design his workouts. So, the act of creating workouts for him motivates me to get my own ass moving. Thus far, it is working out fairly well. He’s learning how to do basic workouts with dumbbells twice a week and then one day of HIIT.

Another motivator for working out is that my son is now the same height or a smidge taller than I am, but I can still lift more and beat him at arm wrestling. We’ll see if that still holds true by the end of the year. 🙂

This is still a to-do for February once we get the all-clear from my husband’s work. The 401(k) is currently in a blackout period while the company changes providers. While we could start rebalancing now in the IRA accounts, it makes more sense to wait until we have access to all accounts so we know how best to distribute the investments.

The allocation target we began with last year was

After the various market changes this past year, the allocation currently sits at

It looks like the rebalancing will mostly consist of selling some of the large-cap stock funds and putting more into bonds and small-cap.

We’ll also be thinking for a bit about other changes to possibly make. I am anticipating a market downturn soon-ish, but also don’t want to miss out on gains in the market. So, are we being too conservative with our bond allocation, or should we increase them to maybe 25%? That seems a bit much. Make other changes?

Related: The Basics of Portfolio Rebalancing

Done! And there are potentially more on the horizon. Currently, we have sub-accounts for property taxes (which are hefty in our area) along with accounts for a new(er) car and a new furnace. A set amount gets automatically transferred to the sub-accounts each month so we know the money is readily available and set aside for its given purpose.

Our bank allows up to 19 sub-accounts, so there is certainly more we could create. For now, I like the idea of having these separate accounts for big-ticket items.

Organize and declutter the house

Late to start here. Let’s say this is in progress. The annual rummage sale fundraiser at the elementary school is normally held late January. After not seeing notices for drop-off times, we found out that this year it is delayed until April.

Oof. I really don’t want to hold on to all this stuff that long. So, we are forming a plan B. Some items may stay until the sale, but other bits will be going to Goodwill, Craigslist, or the used bookstore.

Remember last month how I said peer-pressure might motivate me? Yep. As I was writing this I realized that not much was done in this area yet so I did do a very mini-purge of my nightstand. A dozen magazines went to recycling and seven books to the resale/donate pile. It sounds like a lot for a nightstand, but it has two good-sized drawers. Most of that stuff was out-of-sight and only a few books were visible.

As far as the rest of the bedroom goes, clothes get sorted through twice a year when I cycle warm-weather clothes with the cool-weather ones.

Which should be the next room that gets decluttered? Perhaps the kitchen as I *know* there are items there to clear out. I did also bring some new items in recently, so a bit more cleared cupboard space will help.

What did I bring in? We’ve started making water kefir at home, so I picked up some ½ gallon canning jars for fermenting and a couple liter EZ-Cap bottles. It is really rather interesting to watch the kefir ferment. Watching the grains float up and down is almost like having a lava-lamp in the kitchen!

An unexpected benefit of brewing water kefir is that my son is drinking far less milk, saving us money on that end. He normally would drink almost ½ gallon each day. Now he’s down to about a glass a day now that he’s drinking the water kefir. So, yay for not having to buy as much milk.

That wraps up January. How was your month?

15-Year vs 30-Year Mortgage: Which Is Right for You?
Next Post: Learn How to Save Money on Laundry with These Easy Tips 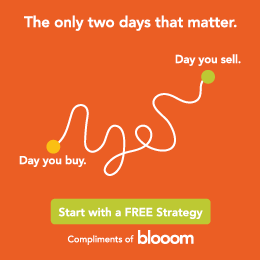