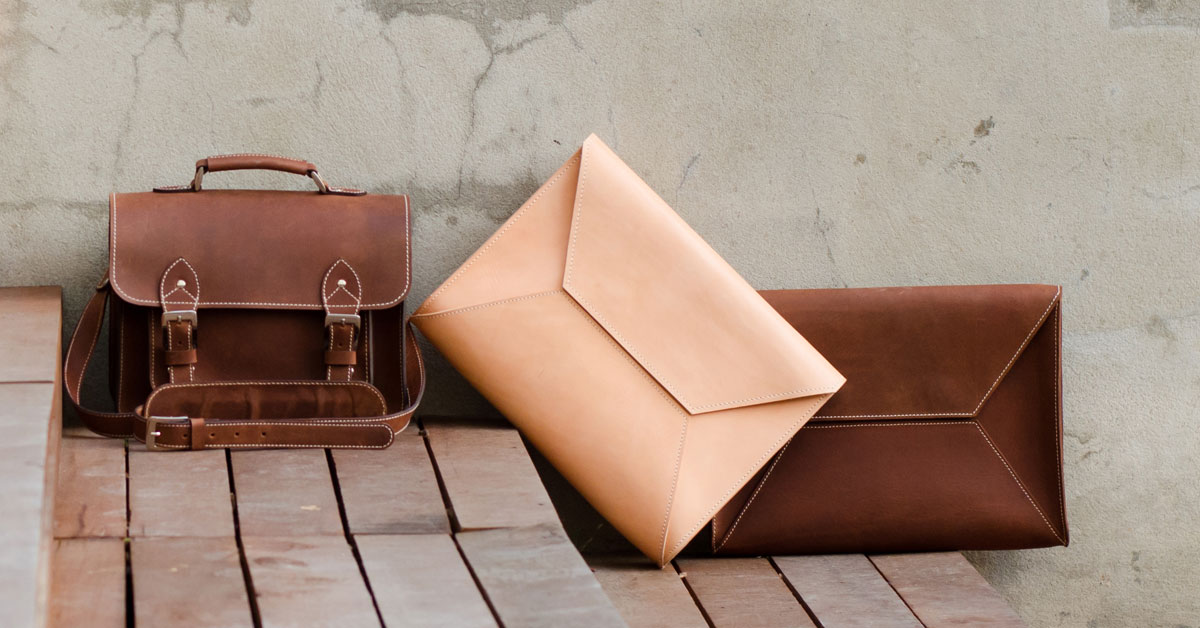 Is a Cheap Purse a Good Frugal Choice?

Home | Is a Cheap Purse a Good Frugal Choice?
107 shares 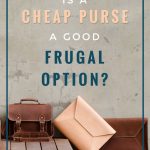 Inside: Find out if cheaper is better when it comes to purses.

You know what I dread shopping for?

So let me explain that growing up I earned a C- in Girl 101. The whole fashion thing, picking out clothes, and wearing make-up has never come naturally to me. Yes, I will sometimes wear a skirt and make-up, though my hair is always a wavy and frizzy mess. And yes, you don’t need to do all that as a woman. But I try, and the results are not the best.

With that in mind, my purses have always been fairly utilitarian. Other than one small black satin purse from Ross for a couple bucks for special occasions, I’ve only owned one purse at a time.

Apparently, that is unusual. It is hard to find any statistics, but supposedly the average woman owns 13 handbags.  Thirteen!?

As much as some may talk about how high-end bags can actually appreciate in value, it still isn’t worth it to me to spend over $200, let alone over $1500 on one. The article itself states that the average amount women pay for a handbag is $42.

I could talk myself into another bag (I won’t call it a purse) if I had the need to haul around my laptop. As it is, on the rare occasion I need to, I borrow my husband’s laptop bag.

When I was younger, it was easy to buy a new purse once a year. Easy because I wouldn’t spend much. I’d get a cheap one, anywhere from $5 to $25, from a place like Ross or Target. But the cheaper purses often wore out within a year. They’d get holes, the material would flake off, the strap would break or the zipper wouldn’t work any longer.

It was a perfect example of cheap not equating to frugal. By having to buy a new purse every year, I was spending more money than I would by spending a bit more on a well-constructed purse.

As I got older, I tried eyeing construction and the purses started getting larger as well. At first, my bag was big enough to hold a pocketbook, keys and some tissues.

Then, for a while, my “purse” was often a day-trip diaper bag because I was commuting with my son and needed to have a bottle and diapers on-hand. I was rocking the fashion scene with that look.

About 6 years ago, I had noticed women in town with a somewhat larger purse that had a design appliqued onto them, and I really liked them. Simple, but a bit interesting.

After checking them out, I found out they were fairly expensive (for me). They were around $120 at the time. Oof.

Eventually, thanks to a sale along with a coupon in a Chinook Book and it being around my birthday, I splurged. Yep, I spent $84 for a purse.

It was a bit big, but not too big. I needed room for the pocketbook, tissues, keys, easy access to a smartphone and be able to carry my prescription sunglasses. The sunglasses actually take up the most space. A bonus is that the company that makes the bags  is local, so I was supporting a local business.

Was it worth it?

In short, yes, the purchase was worth it. The purse lasted 5 years. But this fall I noticed the material on the outside (faux-leather) was flaking off at the corners and elsewhere, so the dreaded search for a new purse was at hand.

I checked out the same company again and a similar bag was now even more expensive (thank you, inflation). As much as I love the designs, money has been a bit tighter, so the search wasn’t as short-lived as I hoped.

My basic requirements were still: hold pocketbook, sunglasses, tissues, keys, and smartphone. Bonus points for a bit of “something”, can also hold a Kindle and my compact camera, and I wanted it to be relatively affordable.

What I found wasn’t a leather or even a faux-leather bag, but one made from recycled plastic bottles. The fabric has a canvas-like feel and the construction seems good.

(There are other colors and designs available.)

Will the fabric hold up? That remains to be seen, but I’ve hopes it will last a few years. Reviews of the bags are good. While the company isn’t local to me, it is regional to the Pacific NW.

Annual cost of the purses

However, my previous purse lasted 5 years. That is $16.80 per year given the price I paid for it. This time, I snagged a good deal on the one I got at $56 and also got $6.72 rebate via Rakuten (formerly Ebates), which made it $49.28 altogether. If the purse lasts 3 years, the cost per year will be the same as the previous one.

So, while I am spending more than average on an everyday purse, I am also not spending money on 4 bags, let alone 13.

Is one purse enough?

The design of the purse I got isn’t one that would work well with a suit or a night at the symphony. But I don’t wear suits and haven’t had season tickets to the symphony since before kids. My day-to-day outfit is a top and jeans, so the purse is fine for that.

If I wore suits or needed to haul a laptop more often, it would be easy to reason out having 3-4 purses or totes. Or, even better, getting a simple black purse. So, maybe I see why women own more than one. But 13?

Are my purchases frugal?

Am I correct in thinking my recent purse purchases are reasonably frugal? The last one lasted 5 years of daily use and abuse. Others with more purses may state theirs last as long, but each one isn’t used every day, so is that a fair measure?

Or do high-end leather bags actually last a decade or more of daily use? Would it be an even better purchase to buy a higher-end bag?

If you know of some stats about how long women keep their purses combined with the number they own, let me know.

What is your take on the perfect frugal purse?

7 of the Best Money Saving Apps and Extensions for Shopping
Next Post: The Top Personal Finance Books to Get a Handle on Your Money